Venue info: The OK Hotel was a bar and music venue located under the viaduct in Seattle’s Pioneer Square district.
It opened with a Mother Love Bone concert in 1988, and quickly became the epicenter of the local music scene.
On April 17, 1991, Nirvana played a concert here and debuted a new song called ‘Smells Like Teen Spirit’, before heading to LA to record their break through album; Nevermind.
It was also here in November of 1997, josh homme premiered his new band, Queens of the Stone Age.
The OK Hotel was a prominent location in the Cameron Crowe movie ‘Singles’ from1992.
OK Hotel came to an end with the Nisqually earthquake in 2001, which damaged numerous buildings in the historic district.

Blog story: A gig at an old hotel in Seattle, pays for the gas to take Nirvana to LA to record Nevermind. 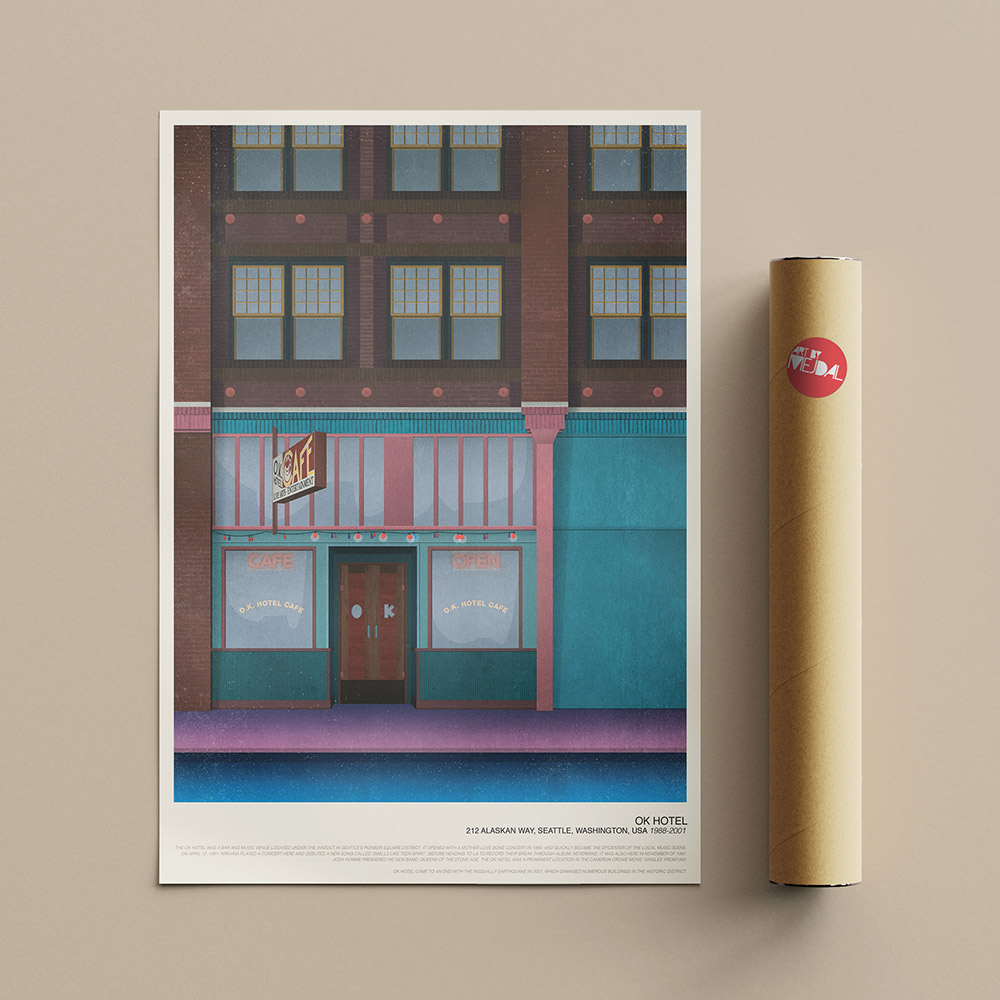