Venue info: On August 11, 1973, the recreation room at 1520 Sedgwick Avenue is for a night dubbed the Rec Room – and hip-hop is born! It’s here Cindy Campell throws a back-to-school party where her brother, Clive Campell aka DJ Kool Herc, unveils a new technique called “The Merry-Go-Round” he has spent months perfecting using two turntables. A technique that later would become the basis of hip-hop. It’s also at this party that Herc’s friend Coke La Rock grabs the microphone and begins talking over the music, thereby creating another innovation called rapping. Attendees include later hip-hop legends Grandmaster Flash and Afrika Bambaataa.

The building is now recognized by the New York State Office of Historic Preservation as the birthplace of hip hop and still stands today.

Blog story: When a birthday party in the Bronx became the birthplace of Hip Hop. 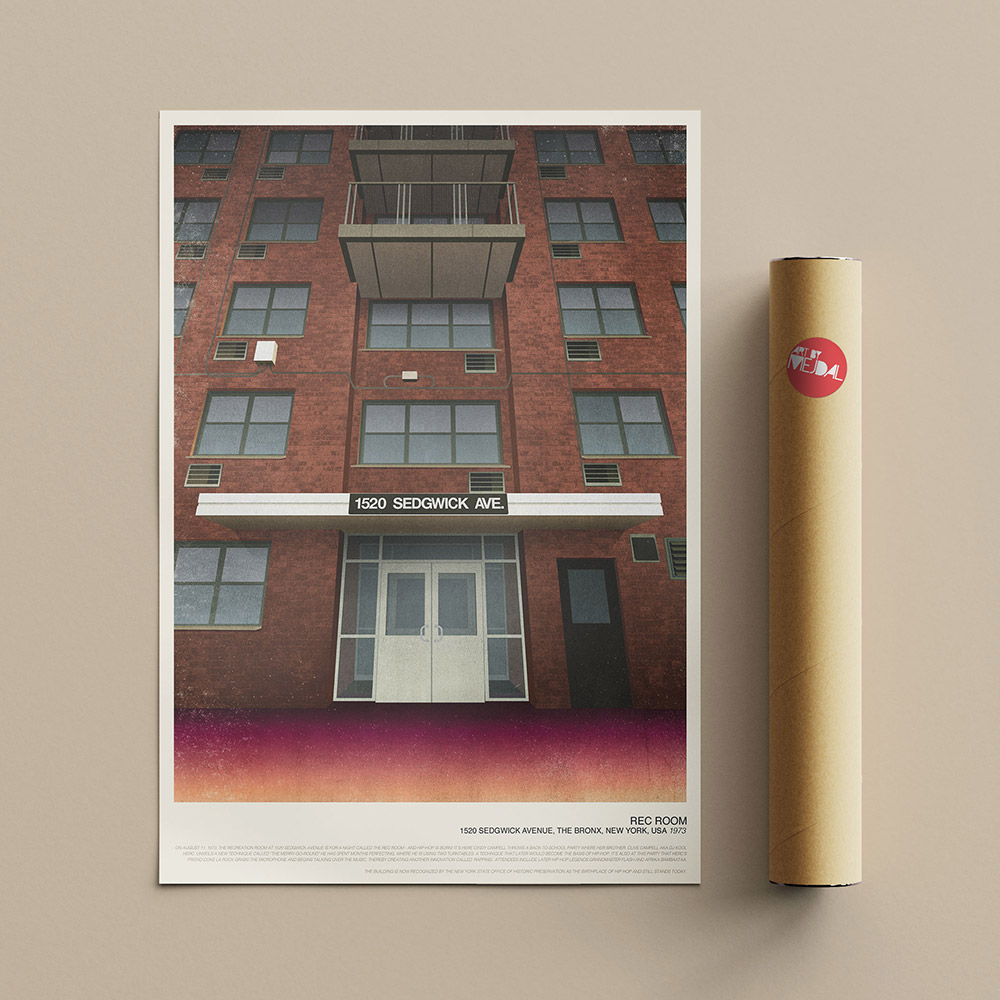