Venue info: Barristers was a small bar and music venue in an alley underneath a parking garage, in downtown Memphis. It was long regarded as the city’s most adventurous source of live entertainment. In 1995 Sonic Youth was in town to record their album ‘Washing Machine’, and gave a very crammed surprise gig there. And in early 1997, Jeff Buckley moved from New York to Memphis, and quickly found Monday nights residency at Barristers.
On May 26, 1997, at one of his regular shows, ‘Hallelujah’ is among one of the few songs Buckley played that night. Sadly it would be the last time an audience would be graced by Jeff Buckley (1966-1997).
Barristers took over the Antenna Club in 1996, but was forced to retreat to its old location only a few months later due to landlord difficulties. Barristers closed around 1999, and the building is now razed.

Blog story: The last ever concert to be graced by Jeff Buckley. 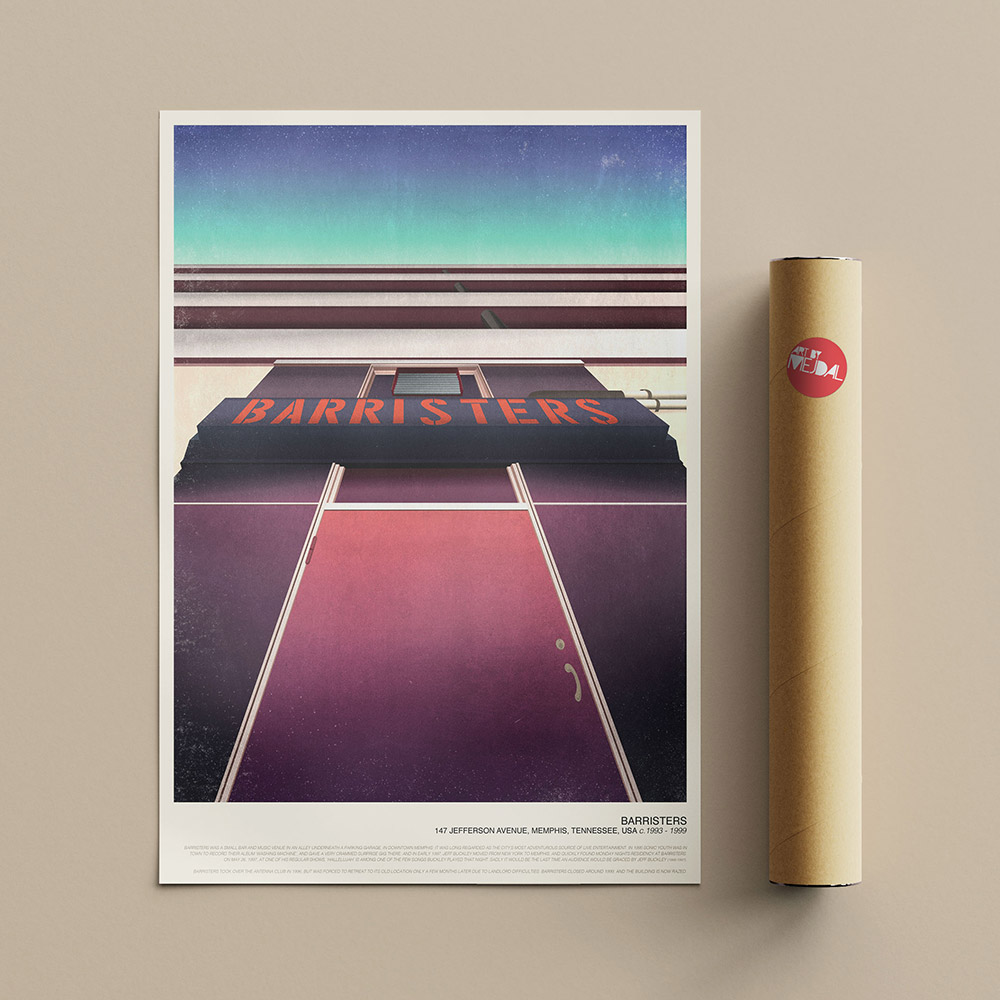